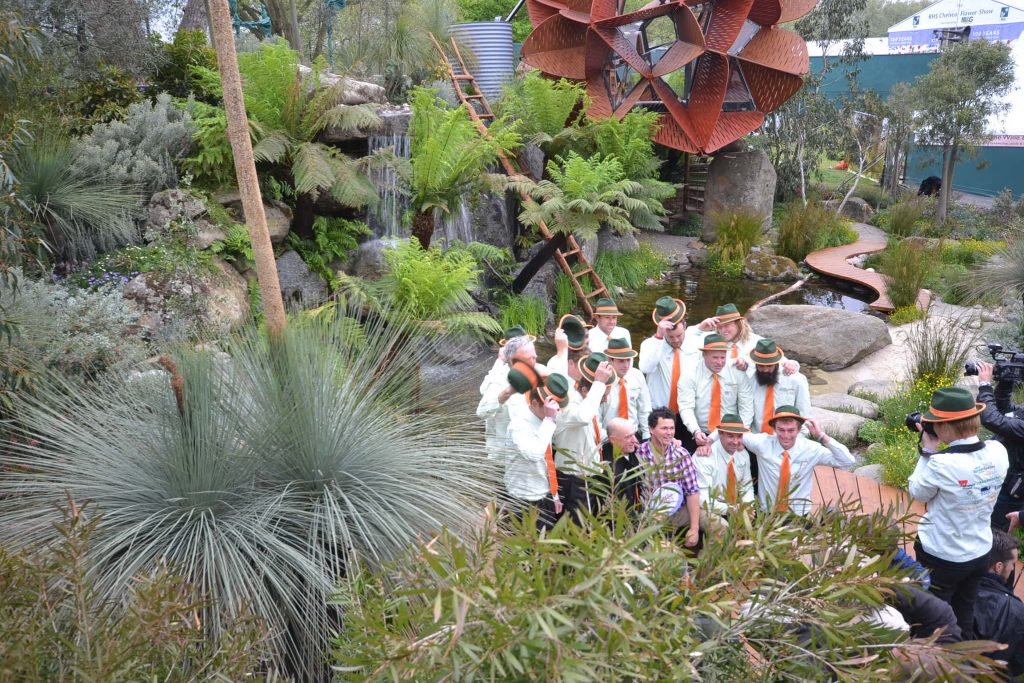 The photoSentinel web gallery captures a well-timed photo of the winning gardeners celebrating!

The team at photoSentinel would like to send out a huge congratulations to Fleming’s Nurseries and Phillip Johnson Landscapes for winning both a Gold medal and the Best In Show honour for their Trailfinders Australian Garden presented by Fleming’s at London’s prestigious Chelsea Flower Show.

The photoSentinel Pro was there to capture every moment of the historic project, the first time an Aussie team has taken home the coveted Best In Show award.

Phillip Johnson Landscapes approached photoSentinel technology to document the event after the photoSentinel Pro was used to record a rehearsal of the garden-build last year. Our small team of ten staff are pretty proud to have partnered with such a high-profile event! 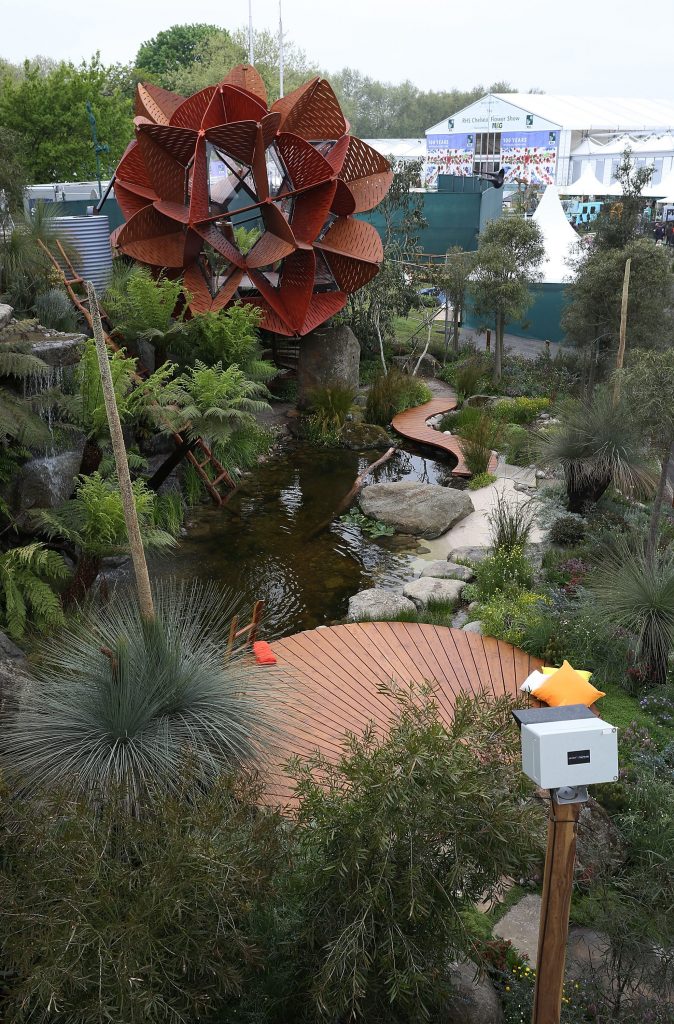 Our founder, Andrew Harrisson, was stoked! “It’s wonderful to see the photoSentinel technology go from a back-of-an-envelope design just a few years ago to documenting an Aussie team win the Olympic gold medal of the horticulture world! The photoSentinel Pro is used by photographers all over the world to document construction, agricultural and mining projects, but this is the first time it’s watched over an award-winning landscape gardening project! It’s designed to be used anywhere over the world, and the team at Fleming’s was able to pick it up from our office in Watsonia and just a few days later be beaming progress photos from London all across the world.”

The solar-powered and weather-proof photoSentinel Pro took a photo of the garden construction every ten minutes and then uploaded it immediately to a public internet gallery over the 3G network. The photos were also compiled into a time lapse movie, documenting start-to-finish of the project in just seconds.

Wes Fleming said, ““The installation of the photoSentinel was simple and the whole system extremely flexible and easy to use. The time-lapse movie of the garden rising from the vacant site was a huge hit with media around the world, and undoubtedly helped maximise our media exposure.”

Leanne Gillies of Fleming’s Nurseries, who coordinated the event, was thrilled to have a time lapse movie of the Gold medal winning garden. “The photoSentinel Pro was so easy to setup and use, and captured an excellent record of the whole project. As well as providing a great time lapse movie, the photoSentinel web gallery allowed our Melbourne team to see up-to-date progress of the garden at anytime, from the other side of the world.” 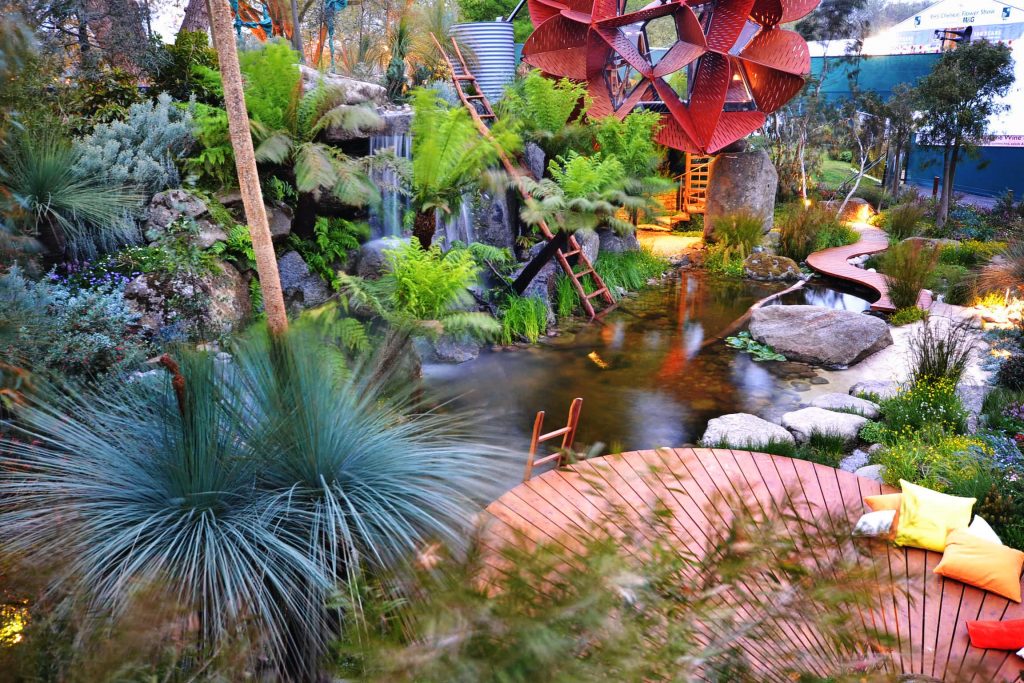 The final garden captured by the photoSentinel

The Trailfinders Australian Garden presented by Fleming’s was not only awarded with a prestigious Gold Medal but also with the ‘Best in Show’ honour – a feat never before achieved by an Australian team. Designed by sustainable landscaper, Phillip Johnson of Phillip Johnson Landscapes, the finished garden took a total of 17 days and over 2,500 man-hours to build, transforming what once resembled a bare soccer pitch into a sustainable garden retreat. The garden even included a studio structure, designed by Melbourne-based architectural firm, Studio 505, that was crafted specifically for the Queen’s height!

Check out the ongoing live footage of the garden.