Here’s how you should capitalise on Instagram’s Hyperlapse

Unless you’ve been living under a rock, you will have noticed that the internet is a-flood with time-lapses and hyper-lapses made using Instagram’s new (inventively named) Hyperlapse. You’ve probably even played with it yourself – here’s my attempt to use it on a canal trip around Amsterdam (sadly before I found out about the secret 1080p setting). 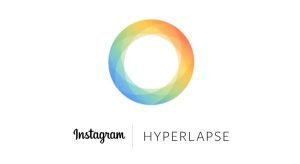 Just 18 months ago, hyperlapse was so obscure the term didn’t even have a Wikipedia entry. Then, little more than one year after someone created the wiki, Hyperlapse racked up over 119k posts in it’s first week, and that’s just the Instagram posts were tagged with #hyperlapse. An equally clear indicator of the phrase’s rapid adoption is the increase in search frequency on Google. Searches for time-lapse are also rising steadily. (The recent spikes correspond to Instagram’s release of the Hyperlapse app and (I’m guessing) the release of iPhone iOS 8 with it’s time-lapse feature.)

Are professionals in danger?

As professional content creators, it’s easy to get nervous about the commodification of production technology. With each new rumour and release, the web prophets declare doom for the industry (“DSLR video is going to kill movie production!”) and horror stories of difficult clients go viral (“Why do you charge so much when I can do the same thing on my iPhone?”).

The fear is that in a market flooded with amateur material, the professionals will get squeezed out. But time-lapsers should not be scared of Instagram’s Hyperlapse; rather, we can and should be capitalising on it!

How to capitalise on the rising popularity of time-lapse

Instagram’s Hyperlapse, and other commodifications like the time-lapse feature in iOS 8, create a fantastic opportunity for the simple reason that clients are increasingly likely to know what time-lapse is. In my own sphere, I’ve noticed over the past twelve months a decline in needing to explain things when I tell people what I do for a living (“Have you ever seen footage of clouds moving really fast?”).

All the evidence suggests that time-lapse and hyperlapse are in that sweet spot – the concept is increasingly understood by consumers and yet it is still new and cool. Though time-lapse might not be new to those of us who shoot it, the mass consumer market are still catching on. This makes right now the time to grab hold of Instagram’s coat-tails and push out high quality time-lapse to your clients.

Here are some practical suggestions:

Right now, time-lapse is riding a wave of consumer popularity. By capitalising on the current popularity, maybe it’s a wave you can ride too!